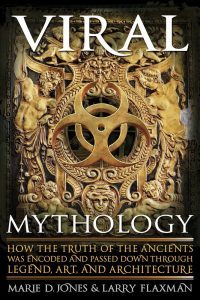 Behind every myth, fairy tale, and legend–hidden within the art, song, and structures of ancient times–is an encoded layer of wisdom, science, and truth passed down throughout history. This book will examine how information went “viral” long before the Internet, and served as the foundation for mythology, sacred architecture, and symbolic imagery throughout the ancient world.