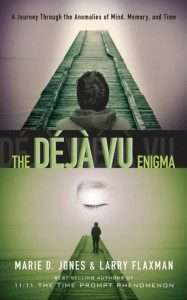 You feel like you’ve done something before…even as you do it for the very first time.

You engage in a conversation and suddenly realize you’ve spoken those same words before…to the very same person. Yet you’re positive it’s the first time you’ve ever met.

Déjà vu is the eerie sensation of “remembering” an experience or situation that never occurred. Scientific research into déjà vu has revealed intriguing theories, ranging from short-term memory misfires to neurophysiological disorders. Yet other theories suggest more paranormal causes for déjà vu, such as glimpses into parallel realities. Perhaps the true explanation lies somewhere in between.

But déjà vu is only one of the many mysteries of the mind. The Déjà vu Enigma also explores: